Don’t Beleive It Can Happen To You!

I want to talk with you today about gun safety. I know what you may be thinking, just another person with another political view.

Just someone pointing out all the safety rules you need to be following, but no that’s not at all what this is going to be about.

This isn’t about gun violence, a mass shooting, or some random gun shooting.

This may be the most important post I will ever write in my life!

I’m about to tell you a real-life story about a 14-year-old girl that has had her life forever changed.

But before I get into details about this story I want to remind you that this really can happen to anyone. Believe me, if you were to ask the people involved today, they would probably tell you it wasn’t even imaginable.

All it took was one mistake a person made to turn into a life-altering change that forever changed two families forever.

So if this one person would have taken five extra seconds to use gun safety, I would not have to write this post.

I want to let you know that this can happen to you and your family.

Imagine you drop your child off at a trusted friends house, where the parents are at home, and one-hour later you get a call that your child has been shot and to get to the hospital?

Yes, this is probably the last thing on your mind as a parent. If you don’t believe it can happen then you better think again.

I know with the world we live in that the chances of being shot out at an event, or just doing some shopping seems to be happening more.

I can’t help for this to be in the back of my mind when I’m somewhere, I’ve become very cautious.

But I want to bring attention to something that shouldn’t be happening in our very own homes.

With all the information and safety methods available there are still too many kids that are getting access to guns and shooting loved ones and family friends.

Or worse, taking the gun with intent to harm others!

This is where my story begins

If you haven’t guessed already, this story is about me. A young fourteen old girl with her whole life left to live before her.

My story begins on April 8th, 1988. This date is forever imprinted in my brain. The reminders of this day are permanently marked on various areas of my body. 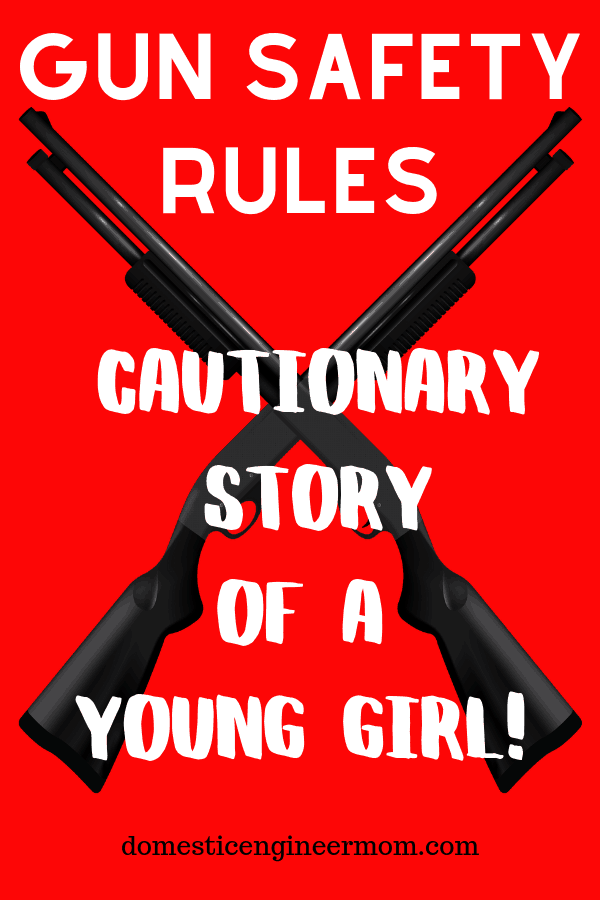 It was spring break, and I was looking forward to going to the mall and hanging out with my friends.

It was a Friday night and that’s what we did for fun back then.

So my mom took me over to a friends house and then their parents were going to take us to the mall to meet up with a group of friends.

His parents were finishing up dinner and then after that, they were going to take us to the mall.

We were talking while we were waiting for his parents to finish dinner.

He wanted to show me some pictures of his oldest brother that I had never met.

He had asked his parents if he could go upstairs to their room and get pictures to show me.

So I stayed downstairs and he had gone upstairs to get the pictures.

I thought he was bringing them down but he hollered my name to come upstairs and so I did.

Honestly, I didn’t think anything of it,  just thought oh well we’re gonna look at the pictures upstairs.

From there I got to the top of the stairs and looked facing towards him, then just an extremely loud noise just shook my body.

I just remember looking at him and didn’t even realize what was going on.

I didn’t know what had happened, the shock had taken over, so I don’t remember the pain at that point.

This was obviously a very long time ago, but I remember his parents rushing up the stairs, everything was in very slow motion.

Still, at this point, I didn’t even know what had happened to my body.

It was almost like I was looking down and watching everyone yelling and asking “what happened”!

I had a therapist tell me it was common to have that kind of vision because of the severe trauma I was going through.

So at this point I still don’t think I realized what was happening and that I had been shot.

All I know is that they got me in their vehicle and rushed me to the hospital.

A little known fact is that if they would have waited for an ambulance I possibly could have bled to death.

I remember laying in that seat just thinking “I Don’t Want To Die!”

There was a lot of blood and the horrified looks on those parents faces were definitely terrifying.

They could only see what I couldn’t because I was too scared to look down.

I remember getting to the hospital and the looks of those nurses and doctors were telling me it was bad.

We lived in a small town, the population was probably 30,000 at that time.

This wasn’t something that they see on a regular basis unless it was a hunting accident.

A 14-year-old girl that had been shot with a 12 gauge shotgun with massive injuries to her arm and her chest.

I don’t wanna go into all the major details. If you are familiar with that kind of gun then you know the damage it can do especially at close range.

Thank goodness, in this case, it was at close range because a couple of inches over it would have gotten my lungs and hear.

So instead it cleared a wide section of my arm and chest on the right side.

The next three weeks I spent in the hospital until they knew it was safe enough to go home.

Even though I got to go home it was truly only the beginning.

I still had to go to the doctor’s office to get dressing changes several times a week and a lot of future surgeries ahead.

The Lasting Effects Of Neglect For Gun Safety Rules

The doctors where I live knew I needed more high tech medical care so they referred us to Salt Lake City, Utah Medical Center.

This was going to be the only chance I had at saving my arm. My arm was dying because the artery graft had failed.

Unfortunately, it wasn’t a one and done deal. I was in such bad shape when we arrived in Salt Lake, that the dr said I would need intensive therapy before he could ever do surgery.

He sent us back home and I did Occupational Therapy and Physical Therapy on a daily basis for 6 weeks.

We didn’t live close to Utah, we are several states away, but that was where one of the best reconstructive doctors was at.

So for the next two years, we lived in Utah off and on so I could get the surgeries I needed.

I received a nerve graft so I could actually be able to move my arm again. This is where they take a nerve out of the back of your leg and grafted into my arm.

They tried to do another artery graft but it failed. There is a vein that widened and opened up enough to supply blood to keep my arm alive.

I no longer can have any needle sticks or blood pressure done on my right arm but I still have an arm. I’m very grateful for this! 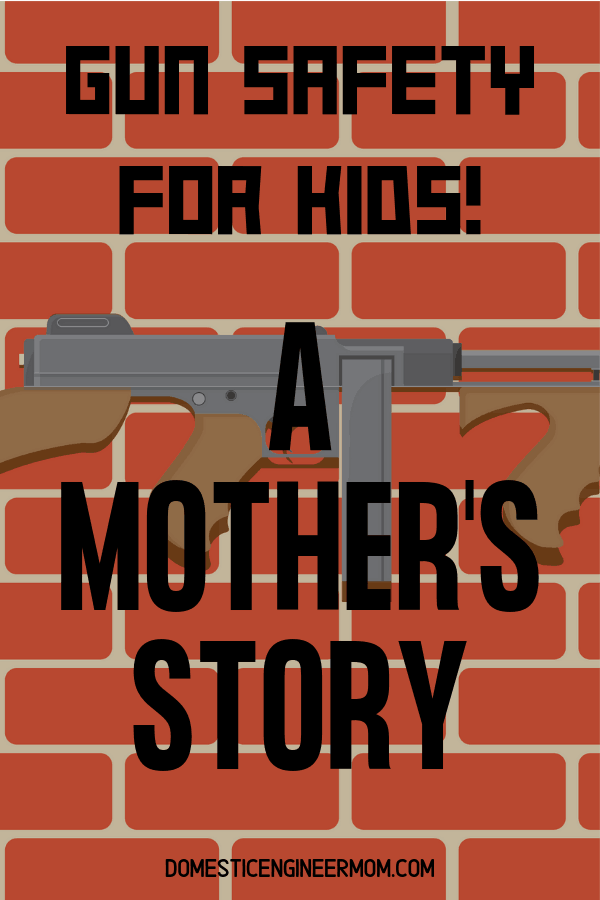 Yes, as I have gotten older it has become a severe problem drawing blood and getting IV’s in my left arm because of so many surgeries.

The doctor was able to make my hand move again by rerouting my tendons.

But he had to tie my four fingers to the same tendon though.

So my fingers don’t work independently from each other.

I’ve also received various other reconstructive surgeries until I was 18 as a result of the gunshot wound.

The Statistics Of Not Using Gun Safety

One of the many reasons why I wanted to share my story with you was to point out the lasting effects of not using gun safety.

I’ve definitely got weakness on my right side and have limited use. There is not one part of my body on the right side that doesn’t have visible scars on them.

And almost all the buckshot is still embedded in my body.

But this is just the physical side so you can only imagine what the mental toll that can take place in a person.

It has taken me so many years to get over the mental stress.

I still have times of anxiety because I live with a constant reminder of when I look at the scars.

There is a constant reminder psychologically when April the 8th comes up every year.

I always try to combat the uneasy feelings with that I survived and grateful for that.

I  think I need to remind you that I shouldn’t have to feel this way.

If someone had used some gun safety precautions I wouldn’t have to be sharing this story.

You Need To Have Gun Safty Rules For Your Kids

If I could spare one person life then I know I made a difference. I want you to think about where you have your guns.

Do you have them safely locked away?

Do your kids know and have a clear thought of the repercussions of touching a gun without a grown-up being present?

Don’t just have this conversation just once.

I would suggest starting this conversation when they are three years old. Keep having these conversations often and every year as they get older.

If your kids are playing or visiting family or friends, you need to be asking if they own guns and are they safely locked up and on safety with no ammunition.

These are your children and yes these accidents happen every day.

The person that didn’t use any gun safety rules probably never dreamed this could have happened.

But it did, he left a 12 gauge shotgun loaded and off safety.

A teenager picked it up to play a joke to scare me. This was no joke, it forever changed two families lives forever!

Did you know that eight children and teens are unintentionally are shot by family fire? This is simply unacceptable!

With all the resources and technology we have, this should not be going on.

It’s senseless and simply neglectful on the gun owner.

I don’t want anyone else to have to go through what I did or even worse die from the neglect of a gun owner.

For more information on gun safety for kids, you can visit these two sites.

I would love to hear from you so just drop me a comment or you can email me through my contact page.

Have A Great Day!

We are a participant in the Amazon Services LLC Associates Program, an affiliate advertising program designed to provide a means for us to earn fees by linking to Amazon.com and affiliated sites