September is Hydrocephalus Awareness Month!!! We are gearing up and raising money for Research to help find a Cure. Here you will find a link to DONATE. All DONATIONS go straight to the Hydrocephalus Association and is Tax Deductible.

This page is about our youngest daughter that has Hydrocephalus. She was born with Dandy-Walker Malformation which causes her hydrocephalus. So I have created this page to give some insight and general info on Hydrocephalus. She had her first shunt surgery when she was 6 weeks old and had 4 other revisions before she was 2 years old due to malfunction. As we say “she had a good run” until she was 6 and had to have the whole system replaced.

There have been several adjustments since then, with the last one being less than a year ago. She has been the most resilient child we have and never complains about her conditions. When she was in the hospital last year, all she could think about was getting home so she could participate in The Hydrocephalus Walk with our Local chapter. She had made posters and flyers and raised money for helping to find a cure.

What I mean by “CURE” is that:

Hydrocephalus is a chronic condition caused by an abnormal accumulation of cerebral spinal fluid, resulting in pressure on the brain. The most common treatment is a shunt but it’s not a cure. There is a failure rate of 50% in the first 2 years requiring additional surgeries during a lifetime. A shunt has the highest failure rate for medical devices. Some people can receive up to 100 surgeries in a lifetime. 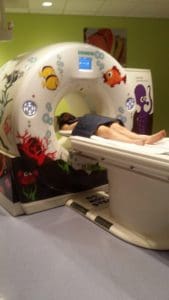 Hydrocephalus is an abnormal accumulation of cerebrospinal fluid (CSF) within cavities in the brain called ventricles. Cerebrospinal fluid is produced in the ventricles and in the choroid plexus. It circulates through the ventricular system in the brain and is absorbed into the bloodstream. This fluid is in constant circulation and has many functions, including to surround the brain and spinal cord and act as a protective cushion against injury. It contains nutrients and proteins necessary for the nourishment and normal function of the brain and carries waste products away from surrounding tissues.

Hydrocephalus occurs when there is an imbalance between the amount of CSF that is produced and the rate at which it is absorbed. As the CSF builds up, it causes the ventricles to enlarge and the pressure inside the head to increase.

We are a participant in the Amazon Services LLC Associates Program, an affiliate advertising program designed to provide a means for us to earn fees by linking to Amazon.com and affiliated sites

This website uses cookies to improve your experience while you navigate through the website. Out of these, the cookies that are categorized as necessary are stored on your browser as they are essential for the working of basic functionalities of the website. We also use third-party cookies that help us analyze and understand how you use this website. These cookies will be stored in your browser only with your consent. You also have the option to opt-out of these cookies. But opting out of some of these cookies may affect your browsing experience.
Necessary Always Enabled
Necessary cookies are absolutely essential for the website to function properly. This category only includes cookies that ensures basic functionalities and security features of the website. These cookies do not store any personal information.
Non-necessary
Any cookies that may not be particularly necessary for the website to function and is used specifically to collect user personal data via analytics, ads, other embedded contents are termed as non-necessary cookies. It is mandatory to procure user consent prior to running these cookies on your website.
SAVE & ACCEPT